You are here:
BlogLatest NewsShoton Festival 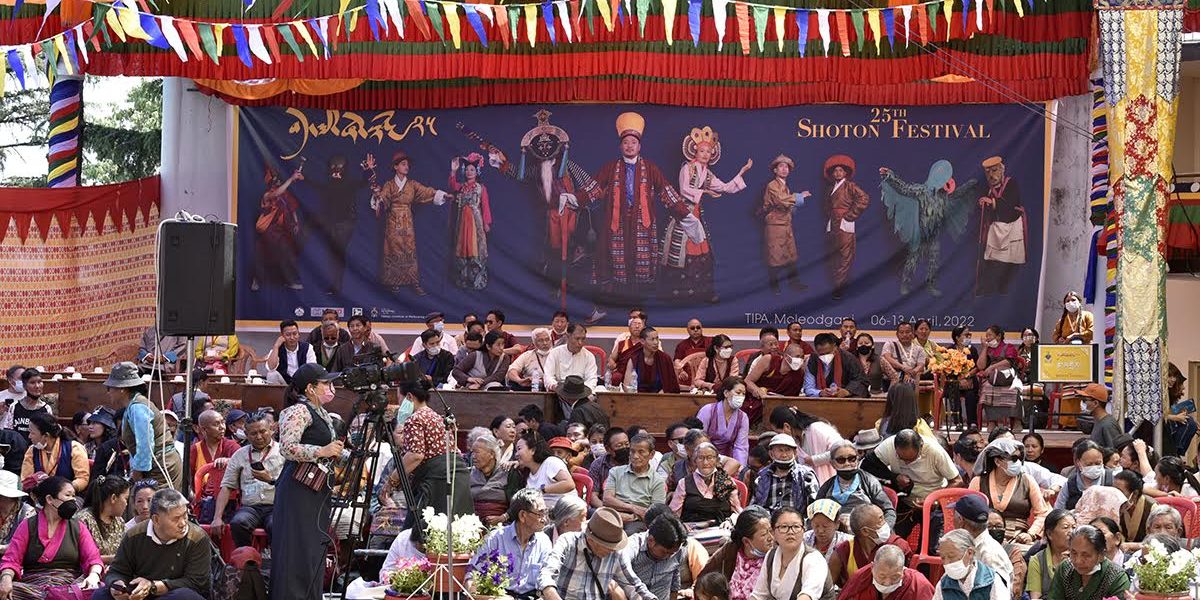 The 25th Shoton festival began on 6th April 2022 with the presence of Sikyong Penpa Tsering as the chief guest of the week-long festival along with the Special Guest, 7th Kyabje Yongzin Ling Rinpoche. Shri Jambey Wangdi, Chairman of Religion and Cultural Affairs for Arunachal Pradesh is the guest of honour. Other dignitaries and guests include heads of the three democratic pillars of CTA, Nechung Kuten, and notable former officials of the Central Tibetan Administration. 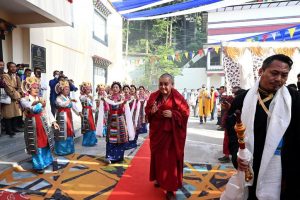 The first day of the festival was filled with joy, love, and emotions from the audience for the occasion where all the eight opera troupes presented short extracts of Tibetan opera stories. Following the reception of guests, TIPA’s acting director introduced the origin of the Shoton Festival and its subsequent developments to the Tibetan residents of Dharamshala and troupes amassed at the venue. Besides the Communist Party of China’s attempt to wipe out Tibetan identity, he said, “under the dynamic leadership of His Holiness the Dalai Lama over the last 63 years, we have managed to preserve this tradition of opera in its truest form. 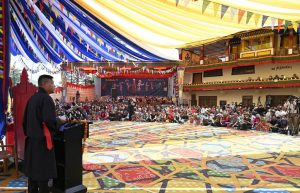 In his remarks, Sikyong Penpa Tsering briefly recounted the story of yogi Thangtong Gyalpo, the founder of Tibetan opera (Ache Lhamo) who is well known for his social works in the 14th century, saying his benevolence should be echoed over simply enjoying the performances. He further elucidated His Holiness the Dalai Lama’s contribution to the preservation of Tibetan opera while calling for innovations in narrating opera stories to younger generations to inherit.

Emphasizing the preservation of Tibetan Opera and every other Tibetan tradition in general, Sikyong ensured facilitation from CTA and, at the same time, appealed to Tibetans to contribute to the preservation and promotion of Tibetan cultures.The ground was filled with fervour and gusto with all kinds of generations watching the opera and also it went live on TIPA Facebook and the website. Many people who could not come, watched the show from home. 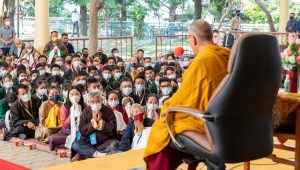 On the second day, His Holiness the Dalai Lama grant a special audience to the eight opera troupes in the courtyard of the Main Tibetan Temple, Tsuklakhang.
In his address to the gathering, His Holiness said he was delighted over the commencement of the Shoton festival adding that the festival brings fond memories of Tibet where it is celebrated with much fervour and gusto.
Stressing the relevance of Tibetan opera as an intrinsic part of Tibetan culture, His Holiness said Tibetans in exile must continue to protect and preserve that culture. We cannot resort to violence and banish the Chinese from outland. However, we can learn to coexist peacefully through the approach of middle way policy while we continue to preserve our own identity” said His Holiness the Dalai Lama.
Moreover, there is widespread interest among the Chinese today in Tibetan Buddhism and its scientific approach that relies on logic and reasoning through investigation. Even scientists around the world are experimenting with the viability of the correlations of science and Buddhism” added His Holiness in acceptance. “We owe extensive gratitude to King Songtsen Gampo for introducing Buddhism and Tibetan script that we so proudly promote today” asserted His Holiness and urged the Tibetans, particularly the Millennials to continue the preservation of Tibetan heritage. 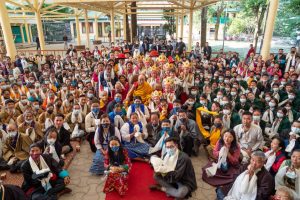 Finally, to the reassurance of gathering, His Holiness affirmed to live over 100 years.Following His Holiness’s address, the representative of each opera troupe presented a segment of Namthar (biographical stories) to His Holiness. 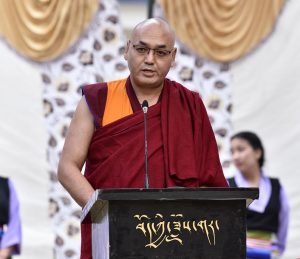 Before kicking off the opera presentation, TIPA’s Interim Director Sonam Choephel thanked USAID and Tibet Fund for financing the festival with Kashag’s backing while comparing the different opera traditions of the world including Tibet (14 CE), the European Opera (16th CE) and Peking Opera (18th CE). He also expressed concern at the dwindling number of participants and new enrolments into the Tibetan opera troupes at various locations which enhances the risk of losing the tradition in the future.Emphasising the preservation and promotion of Tibetan Opera, Chief Guest Speaker Khenpo Sonam Tenphel spoke about China’s systematic annihilation and manipulation of Tibetan culture which has left Tibetan culture in a precarious state. Hence, he commended every performer for their participation in conserving the Tibetan Opera, saying it indirectly benefits the Tibetan movement.
The members of the troupes were presented Tibetan ceremonial scarfs following the Speaker’s concluding remarks, and later in the evening of the same day, the Tibetan Opera Troupe of Nepal presented cultural dance and song at the Sikyong hall as a gesture of gratitude to CTA’s civil servants for their dedicated services.